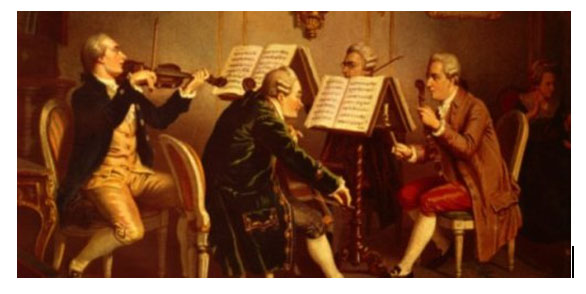 The Fall Festival is open to any age or difficulty level. Any one composition or one movement may be chosen for performance. Repertoire may represent any historical period.

Winners from the previous year’s competition compete in a separate Winners Program.

The Winterfest Competition usually takes place at the beginning of December.

The Sonata/Sonatina Competition usually takes place in January or February.

This prestigious evaluation program is conducted online through the MTAC State Office. It takes place in  February or March. Refer to the Certificate of Merit menu for registration details.

Certificate of Merit® is a music evaluation program that was created and developed by the Music Teachers’
Association of California® (MTAC) in 1934. The Certificate of Merit® (CM) evaluation program provides a solid
foundation for music study through a sequential progression of eleven (11) Levels, from Preparatory through
Advanced (Level 10). Students perform musical repertoire, technique, sight reading, ear training, and theory based
on requirements set forth in an applicable instrument Syllabus (e.g. Harp, Piano, Winds, Strings, Voice, Guitar).

VOCE is a prestigious competition for vocalists, strings, winds/brass, and chamber music at the Regional and State levels. In 1971, cellist Gretchen Kuehny Geber and pianist Eleonor Dalton of MTAC’s San Fernando West Valley Branch created VOCE as a means of providing solo and chamber ensemble opportunities for students. The group was named for Vocalists, Orchestral instrumentalists, Chamber music, and Ensembles.

Students in the Competitive track are selected by the Judges during the Regional Auditions to
advance to compete at the VOCE State Finals. The VOCE State Finals will take place online
through the MTAC Online System. First-Place Winners at VOCE State Finals perform at the VOCE
Winners Recital at the MTAC State Convention (the venue of which changes from year to year),
where they are declared the Winner and receive a monetary award.

Refer to the VOCE menu for registration details.

At the branch level, pianists may play any original music of J. S. Bach or compositions of other Baroque composers. However, to be eligible to be considered among the 50% chosen to qualify for performing in the Regional Festival, the following exceptions must be kept in mind: # 1. No music from the Anna Magdalena Bach Notebook, ANH 113-132. # 2. No transcriptions other than those made by J. S. Bach himself from his own works. #3. No works by other Baroque composers. Regional winners are eligible to perform in the Complete Works Competition if performing a complete work as categorized on the Complete Works Audition list (see www.scjbf.org).

This recital is open to any age or level of difficulty. Repertoire will be limited to composers from the Baroque era. Only one movement or one composition may be chosen for performance. The Baroque Festival takes place on the same day and at the same venue as the branch Bach Festival, but whereas the Bach Festival registration takes place through the SCJBF website, registration for the Baroque Festival will be through our branch website.

This festival is open to any age or level of difficulty. Repertoire may represent any historical period but only one composition or one movement may be performed. Compositions by students and teachers are encouraged.

The Spring Recital usually takes place in May.

This is the final recital of the academic year. This recital was established to encourage participation in all branch recitals and competitions throughout the year and to encourage the study of music from a variety of musical eras. Branch Awards and Scholarship recipients are presented with their trophies or scholarship checks on this day.

Pianists are required to perform a total of four pieces during the academic year, each representing a different musical era (Baroque, Classical, Romantic, Impressionistic and Contemporary). One or two of these pieces must be performed at the Achievement Awards Recital and the remaining pieces must be performed at recitals/competitions of the Hollywood Branch throughout the year leading up to the Achievement Awards Recital. One movement only is allowed with no repeats.

String students are required to perform 3 pieces throughout the academic year, one of which one must be a Concerto or Variations written for a string instrument.

Trophies are presented to all participants in recognition for their achievement of participation throughout the year.
The Achievement Awards Recital usually takes place at the beginning of June.